Today we are going to the only country in the world that begins with the letter ‘O’.  That honor belongs to the Arabian country of Oman.  The modern state is called the Sultanate of Oman. 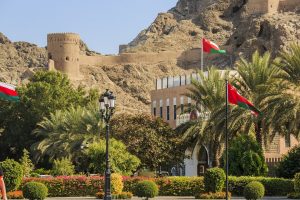 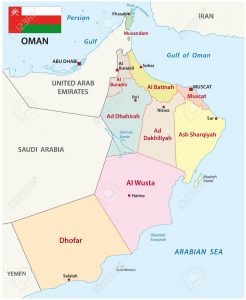 I had the opportunity to travel to Muscat, Oman with the coaches and students from the Universal American School Kuwait. I was the chaperone for the Varsity Girls Volleyball team. 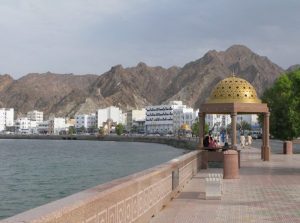 Muscat has served as the capital since the beginning of the nineteenth century and is currently the principal seaport.

Arabic is the principal language spoken by Omanis and about half the Omani population belongs to the Ibadi sect of Islam and a similar number belong to mainstream Sunni Islam. 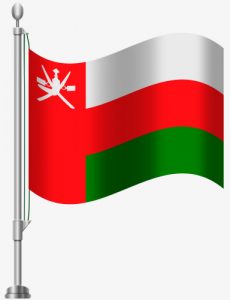 The national symbol has a pair of crossed khanjars, which are the traditional daggers that all Omani men wore until recently (and still wear on formal occasions). This symbol is on the national flag and appears in nearly all government logos.

Omanis by nature are very mild mannered and genuinely polite. Oman is predominantly a very traditional society where family life is important. For the locals, family comes first, before everything else.  Like all Arab nations, one doesn’t ask, ‘What did you do this weekend?’  Instead you ask, ‘Who did you see  this weekend?’ Relationships are more important than doing something. 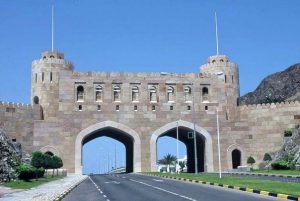 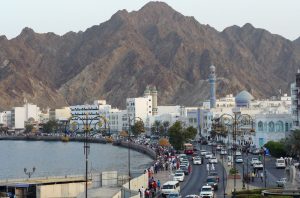 While in Muscat to participate in a Volleyball tournament, we had the opportunity to drive down to the corniche and to do some shopping in the Souqs in the Old Town. 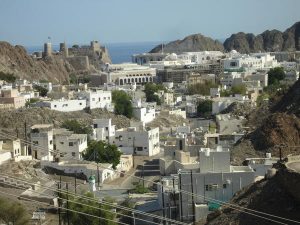 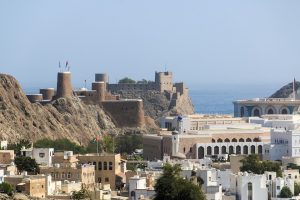 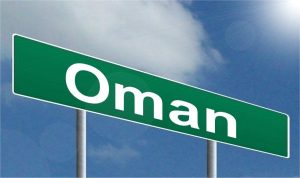 Oman is a  beautiful country.  Muscat lies in a valley surrounded by mountains and the sea. The setting of the city is stunning! 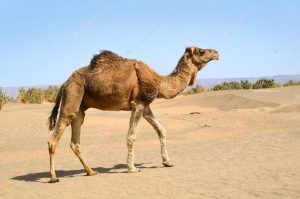 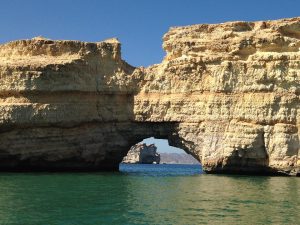 As a coastal country, Oman has some of the region’s finest beaches. The mountains are also magnificent and the desert regions have their very own charm and splendor.

Next week we will be traveling to a country starting with the letter ‘P’.