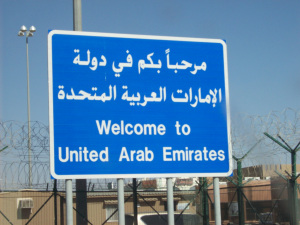 Traveling Tuesdays is going to a country starting with the Letter ‘U’.  We are heading to the UAE.  What is the UAE?  UAE stands for United Arab Emirates. 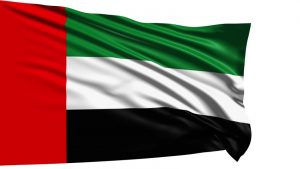 The United Arab Emirates is a nation composed of a federation of seven emirates located on the southeast end of the Arabian Peninsula on the Persian Gulf, bordering Oman to the east and Saudi Arabia to the south.  The seven emirates are Abu Dhabi (which serves as the capital), Ajman, Dubai, Fujairah, Ras al-Khaimah, Sharjah and Umm al-Quwain.

Each emirate is governed by a ruler and together they jointly form the Federal Supreme Council.  One of the rulers serves as the President of the United Arab Emirates.

In 2013, the UAE’s population was 9.2 million  Expatriates accounted for 7.8 million and 1.4 million are Emirati citizens.  Arabic is the official language and Islam is the official religion.

The currency of the UAE is the United Arab Emirates dirham.  Shown here is a 1982 dirham. 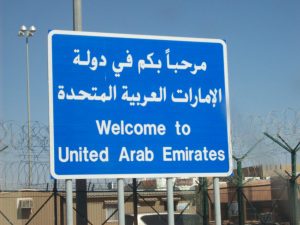 While teaching in Kuwait, I had a number of visits to the UAE.  I have been to Abu Dhabi, Sharjah and Dubai. 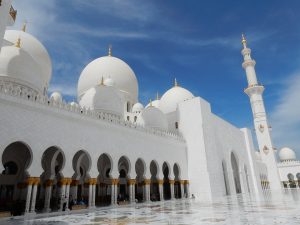 Abu Dhabi is home to Sheikh Zayed Grand Mosque with crystal chandeliers and room for 40,000 worshipers. 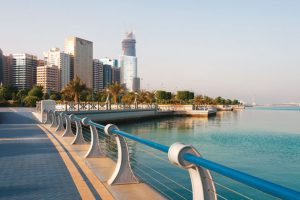 The area we stayed in was close to the cornice and we enjoyed exploring part of this beautiful city on foot. 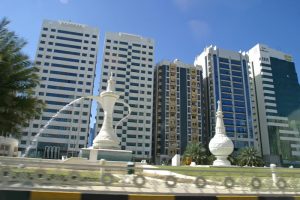 Along airport road there are a number of white statues such as the traditional Arabian coffee pot.  The stone statues are symbols of emirate heritage, culture and tradition. 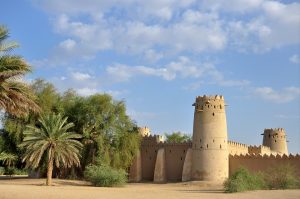 A mix of old and new, one can see the Old Fort named Jahili Fort in Al Ain, Abu Dhabi. 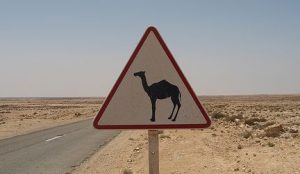 Most of the residents of Abu Dhabi live in the capital city.  The remainder of Abu Dhubi is mainly desert and these road signs are a common sight while traveling through the desert. 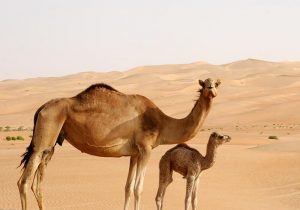 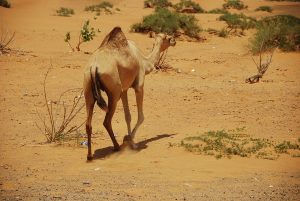 In Dubai, there are many things to see. 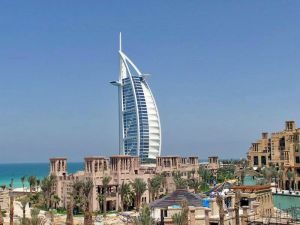 Perhaps the most famous is the tallest building in the world. The Burj Khalifa is a mega tall skyscraper in the newly developed downtown Dubai.  Burj Khalifa stands at a whopping 829.8 m (tip to tip). There are 163 floors in the tall skyscraper.  Besides the Burj Khlifa, the complex has the Dubai Fountain, Dubai Mall, Burj Park Island and The Address Downtown Dubai hotel. During my time in Kuwait, the Burj was under construction so I have not seen the finished complex. 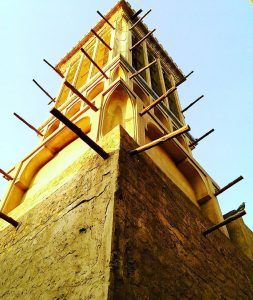 On my visits to Dubai, I enjoyed seeing some of Old Dubai.  We took a ride on a ferry boat to the Old City and saw some of the older architecture like this traditional wind tower. 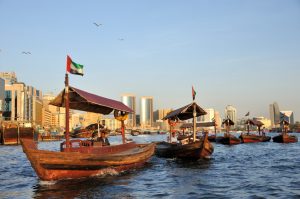 An ‘Abra’ or water-taxi carries passengers across the creek. In this picture one can see the Deira side of the creek. 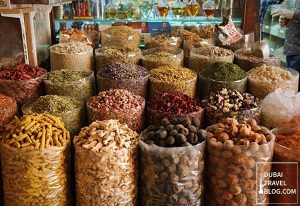 Here is a spice souq in Deira. 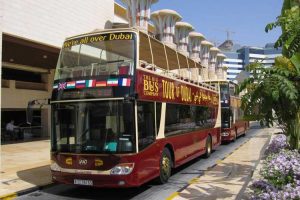 While we were in Dubai, we used this hop on hop off Tour Bus to see a mix of the traditional and more modern places in Dubai. 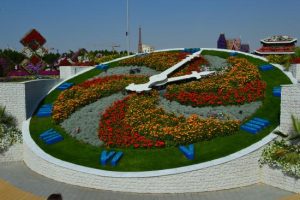 At one place on the route we stopped and took pictures at this beautiful flower clock. 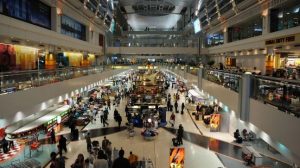 Dubai International Airport is a busy place.  Flights to and from all over the world land here.  Dubai is one of the busiest airports in the world.

I have just scratched the surface of this interesting part of the world.  Certainly a must see for anyone wanting to travel the world.  Be sure and return next week as we travel to a country starting with the letter ‘V’.