We made it through the alphabet and so we will begin Round Two of our Traveling Tuesdays.  For the Letter ‘A’ this week we will visit Austria. 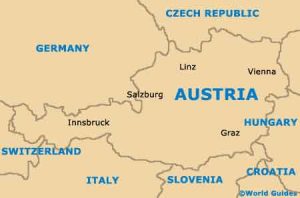 Austria is a German-speaking country in Central Europe. The captial city Vienna is located on the Danube Ri 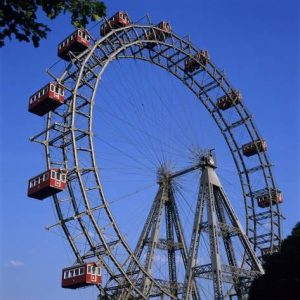 I have been there on more than one occasion. The first time we had a ride on the Ferris Wheel in Vienna.  This was when I was on an under 30 Trafalgar Tour of Europe. 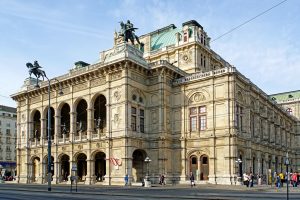 Other highlights of tours to Vienna include the Opera House.  I remember sitting at an outside cafe and having some apple strudel behind the Opera house.  Years later I enjoyed reading a book by Bodie Theone, called Vienna Prelude and the narrator in the story was sitting outside a cafe behind the Opera house having some apple strudel too!  I love it when I read books that have a setting in a place that I have actually seen! 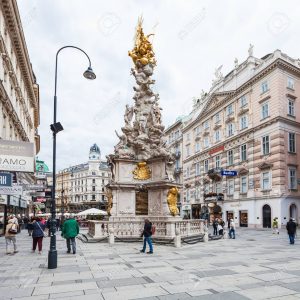 In the old city of Vienna, there are so many interesting things to see.  Here are a few pictures of buildings, monuments and scenes I remember seeing for myself.

This is a baroque monument of the Plague.  The column is located on Graben in Vienna.  The Graben is one of the most famous streets in the city centre. 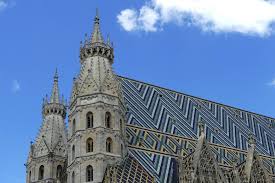 St. Stephen’s Cathedral, with its multi-coloured tile roof, become one of the city’s most recognizable symbols. 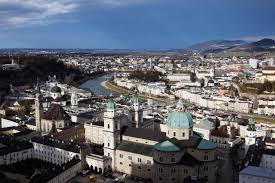 On my first trip to Europe we also went to Salzburg, an Austrian city on the border of Germany.  The name Salzburg means ‘salt castle’.

The city is divided by the Salzach River.  The left back bank has the medieval and baroque buildings of the pedestrian Old City which is a UNESCO World Cultural Heritage site.  The  New City is on the right bank.

Salzburg is very popular with music enthusiasts. It is the birthplace of Wolfgang Amadeus Mozart, it was the place where the movie “The Sound of Music” as shot, and it has the world-class Salzburg Festival with its series of opera, concerts and theatre performances during the summer. Mozart’s birthplace in the Old City is now a museum which displays his childhood instruments.

At the age of 17, Mozart was working as a musician at the Salzburg court but he grew restless and traveled in search of a better position. While visiting Vienna in 1781, he left his position in Salzburg and chose to stay in Vienna, where he achieved fame but little financial security. Mozart composed many of his best-known concertos, operas, and symphonies during his final years in Vienna. The Requiem was largely unfinished at the time of his early death at the age of 35. 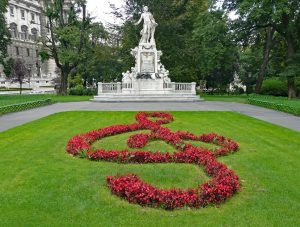 This is a monument to Mozart in Vienna.

I saw this on my last trip to Vienna. 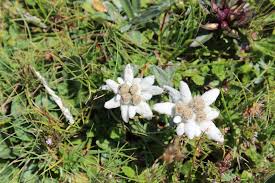 “Edelweiss” is a show tune from the 1959 Rodgers and Hammerstein musical The Sound of Music. It is named after the edelweiss, a white flower found high in the Alps. The scientific name is Leontopodium alpinum.  The white wildflower is a mountain flower belonging to the daisy or sunflower family. Like most herbs, edelweiss was used historically for certain health benefits.  After drying, the flowers can be cut and prepared in an alcohol solution, so the extract can be used as a medicinal herb. Edelweiss was known to help abdominal and respiratory diseases.

I have many more stories to share of visits to Austria.  If you are a skier and want to ski in the Alps there are many ski areas in this beautiful mountainous country.

Be sure and come back next week as we travel to a place starting with the Letter ‘B’.