Traveling Tuesdays is off to Estonia.

Estonia is a country in Northern Europe.  It borders the Baltic Sea and Gulf of Finland. Officially the Republic of Estonia, is a small country whose capital city is Tallinn. Estonia’s neighbors are Sweden, Finland, Russia and Latvia. Tallinn is known for its preserved Old Town.

Estonia is a Scandinavia country, having been part of the German-led Hanseatic League.  It was ruled by Denmark, then Sweden and then Russia.  In 1918, it received its independence, only to be invaded by the Soviet Union in 1940 and organized as a Soviet republic. 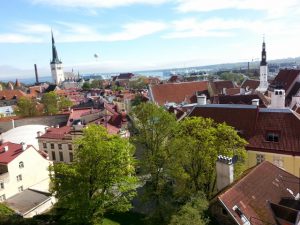 Since regaining its independence with the collapse of the Soviet Union in 1991, Estonia has become one of the most economically successful of the European Union’s newer eastern European members. Estonia is a democratic republic where the Prime Minister of Estonia is the head of government and of a multi-party system. Legislative power is vested in the Estonian parliament.  Estonia is a member of the United Nations, the European Union, and NATO. 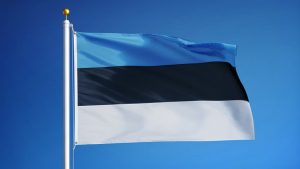 The flag of Estonia has three equal horizontal bands of blue, black and white. 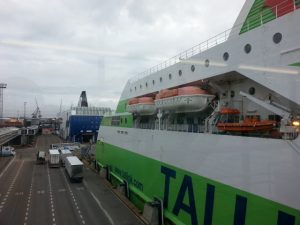 I had the opportunity to visit Estonia while participating in a Hand Bell Festival called Ringing Under the Northern Lights.  After two concerts in Finland, we traveled by ferry from Helsinki, Finland to Tillinn, Estonia. 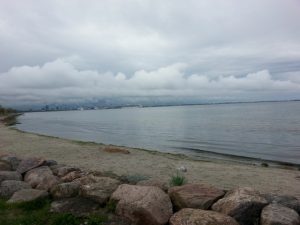 In Tallinn, we had a city tour and stopped along side the waterfront. 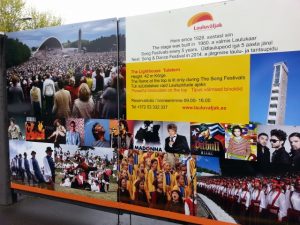 One stop was at Lauluvaljak. The Estonian Song Festival is held every five years here at the Tallinn Song Festival Grounds.  A singing group was practicing on stage while we were there. 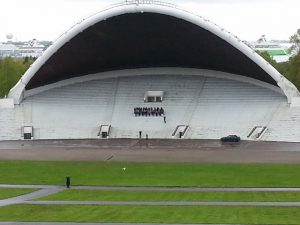 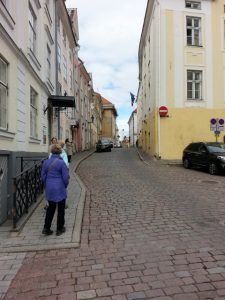 Tillinn is known for its preserved Old Town and we enjoyed walking from our hotel to explore the area inside the wall of the castle and to see the shops and churches in the Old Town. 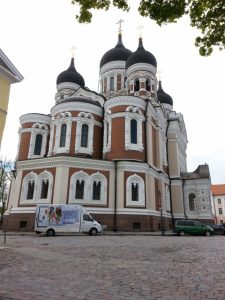 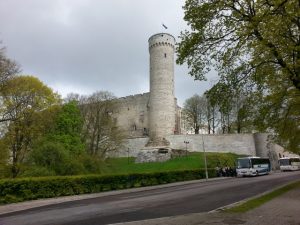 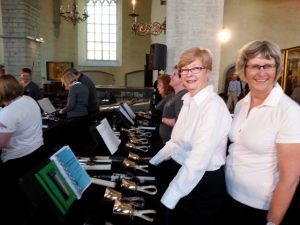 We held our concert in one of the churches in the square. 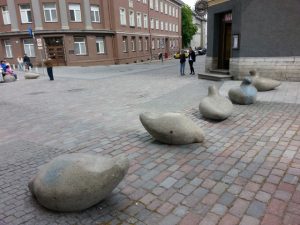 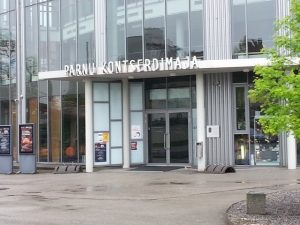 Our final concert in Estonia took place in Pärnu.  Pärnu is a resort city in southwestern Estonia. The city is divided by the Pärnu River, which has paths on both banks. I rented a bicycle and enjoyed traveling on the paths on both sides of the river.  The concert was held in the the Pärnu Concert Hall.

Here are some of my photos taken while on my bike ride through the old city. 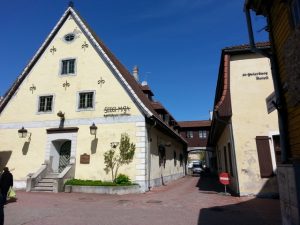 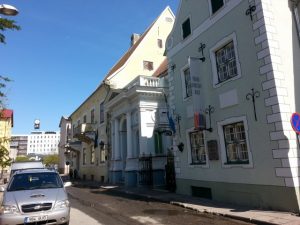 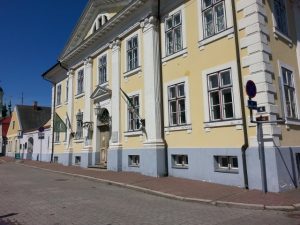 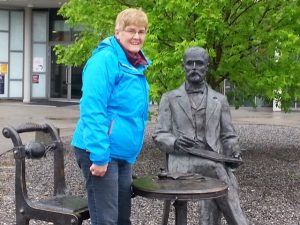 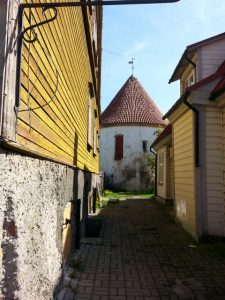 So many great memories of my trip to Estonia.  I have many more pictures and it is hard to chose which ones to include in this Traveling Tuesdays episode.  I trust I have sparked your interest in traveling to see this nation for yourself.
Be sure and come back next week as we visit another place beginning with the letter ‘F’.