Traveling Tuesdays is finishing round two by going to the African country of Zambia. 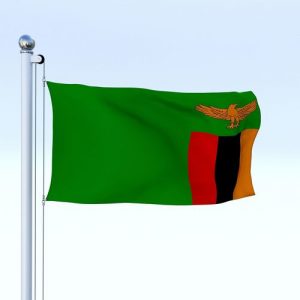 Zambia was known as Northern Rhodesia from 1911.  It was renamed Zambia when it gained independence in 1964.  The name is derived from the Zambezi River. The Zambezi is the fourth-longest river in Africa.  It is the longest east-flowing river in Africa and it flows into the Indian Ocean.  The Zambezi River flows into Zambia from Angola and forms part of the border with Botswana before flowing over Vic Falls and eventually into Lake Kariba.  Water flowing over the Kariba Dam continues east and into Mozambique before reaching the Indian Ocean.  The Zambezi forms the border between Zimbabwe and Zambia. 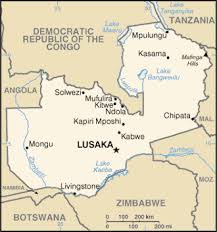 The capital of Zambia is Lusaka.  The sprawling Lusaka City Market sells clothing, produce and other goods.  There is a National Museum which exhibits archaeological finds and contemporary art.  The Freedom Statue nearby, commemorates Zambia’s struggle for independence.  Other places of interest include the Munda Wanga Environmental Park with its wildlife sanctuary and botanical garden and the Lilayi Elephant Nursery which cares for orphaned elephants. 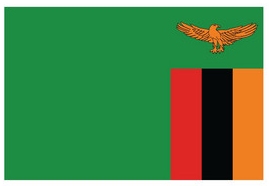 The national flag of Zambia  was adopted upon independence on 24 October 1964. The eagle in flight symbolizes the freedom in Zambia and the ability to rise above the country’s problems. The colors on the flag have special meaning too.  Green represents the natural resources, red, the struggle for freedom; black, the people of Zambia; orange, the country’s mineral wealth. 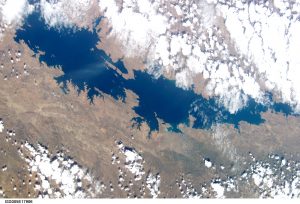 I was visiting my sister in Zimbabwe when we drove from Harare to Kariba, a town in northern Zimbabwe.  Kariba is the gateway to the huge Lake Kariba.  Lake Kariba lies along the border of Zimbabwe and Zambia. It is the largest man-made lake in the world in terms of volume.  It is over 140 miles/ 220 kilometers in length and at its widest point, it is approximately 25 miles/ 40 kilometers.  Gazing over Lake Kariba feels like looking out to sea.  Lake Kariba was created after the completion of the Kariba Dam in 1959. 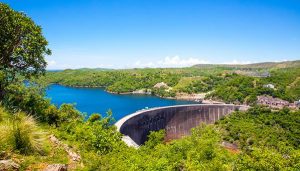 The dam caused the Zambezi River to flood into the Kariba Gorge.  This caused the displacement of the Batonga tribes living in the valley.  Native wildlife was also adversely affected by the sudden loss of habitat.  Operation Noah saved the lives of over 6,000 animals by using boats to rescue them when they became stranded on islands created by the rising floodwaters. Kariba Dam is located at the northeastern end of the lake and serves as a major source of electric power for both Zambia and Zimbabwe.

We drove across the top of the dam and crossed from Zimbabwe to Zambia.  We arrived in Zambia near the town of Siavonga. From Kariba to Lusaka, google maps says it is 218 km and will take about 3 hours and 43 minutes if there is no traffic.  We started towards Lusaka but turned left at D500 and the T1 toward Livingstone, Zambia. 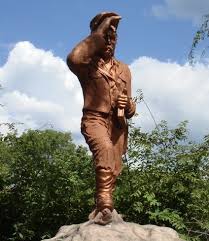 m the Zambezi River.  It is a tourism centre for the Victoria Falls and a border town with road and rail connections to Zimbabwe. and the border with Zimbabwe. It’s a hub for visitors to the Victoria Falls.  The town was named after the Scottish explorer, David Livingstone. 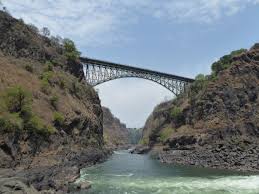 Victoria Falls is shared by two countries.  We crossed the bridge and stayed on the Zimbabwe side of the falls. 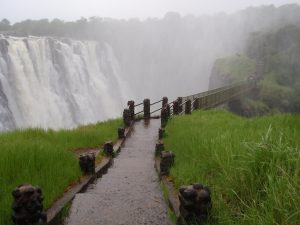 My connection with Zambia is mainly this trip to Livingstone and seeing Vic Falls.  But I also have a friend from my home church who is living in Kasempa, Northern Zambia.  Lisa posted on her Facebook page a few days ago … My day today changed from visiting schools to going to a funeral. A baby had died and someone asked for transport. That’s how life changes your day and it’s always a pleasure to share my transport. @ Kasempa District.  Another post talks about plans for a summer camp.
Zambia has one of the world’s fastest growing populations.  The UN projects that its population will triple by 2050.  Economic growth and Chinese investment have failed to improve the lives of most Zambians.  A report dated Jan 3, 2018 says about two-thirds of the population still live in poverty.  The major industries of Zambia include copper mining and processing, construction, emerald mining, beverages, food, textiles, chemicals, fertilizer and horticulture.
I trust my blog has piqued your interest in visiting this African country.  Be sure and return next week as I will be starting Round Three of my Traveling Tuesdays stories.  I wonder which place starting with the letter ‘A’ we will visit next week.