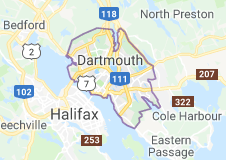 Traveling Tuesdays is going to visit a place called Dartmouth, Nova Scotia.  I grew up in Dartmouth so this place is my home town. Today, this place is described as a former city and community located in the Halifax Regional Municipality of Nova Scotia, Canada. When I was born Dartmouth was a town and it became a city when I was in Junior High School.

In 1750, a sailing ship called Alderney arrived with 151 immigrants in the Halifax Harbour.  The officials in Halifax decided that these new arrivals should be settled on the eastern side of Halifax Harbour.  The new British settlement was in an area the Mi’kmaq called Ponamogatitjg. The community was later given the English name of Dartmouth.  By 1752, 53 families consisting of 193 people lived in the community. 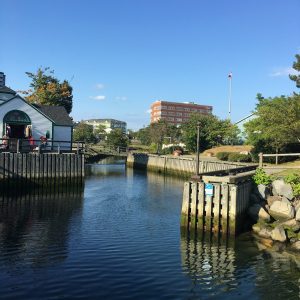 Initially Dartmouth was a sawmill and agricultural outpost of Halifax.

In the mid 19th Century, it grew with the construction of the Shubenacadie Canal and with the rise of successful industrial firms such as the Dartmouth Marine Slips. In 1873, Dartmouth was incorporated as a town and a Town Hall was established in 1877. 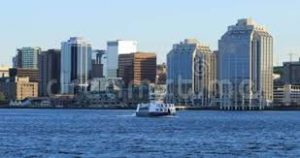 When I was born, the best way to get to Halifax was by ferry.  Car and passenger ferries operated between Dartmouth and Halifax on a regular basis.

The only other way to get to Halifax from Dartmouth was to drive around the Bedford Basin and go to Halifax from Bedford.  I remember going in my aunt’s car, in my pajamas, all the way around the Bedford Basin, to an outdoor drive in theatre screen in Halifax to watch the Coronation of Elizabeth II in 1952.  I don’t remember much about the evening, I was only 2 or 3, but I remember the ride and near Halifax there were some rocks painted blue.  For some reason that image remains with me to this day. 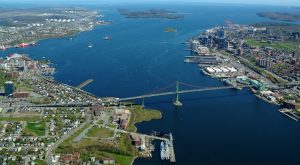 In 1955, the town of Dartmouth was permanently linked to Halifax by the Angus L. Macdonald Bridge.  I remember walking across the bridge the day before it was opened to traffic.  Several years later this became an annual tradition to walk the bridge on Natal Day.

Dartmouthians have been celebrating a civic holiday known as ‘Natal Day’ since August 1895.  This year the Halifax-Dartmouth Natal Day parade route was held in Dartmouth on August 5th, 2019. 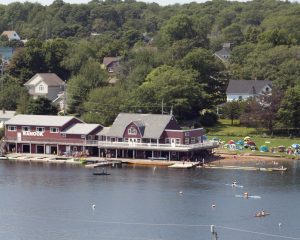 In the summers my sister and I would walk from Victoria Road down to Lake Banook to take swimming lessons put on by the Red Cross. Other friends who could afford it joined the Lake Banook Canoe Club or Senobe and learned to paddle or row in the big war canoe races held each summer. 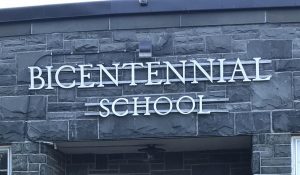 I was attending Bicentennial Junior High School in 1961.  Bi-Hi was lots of fun.  We had a huge gym.  I remember doing a ‘skin the cat’ on the rings in gymnastics.  I played every sport that was offered – Soccer, Volleyball, Basketball, Badminton, Track and Field. We had musical theatre productions.  I sang in the chorus in Gilbert and Sullivan’s The Pirates of Penzance and the H.M.S. Pinafore.  Life was busy and full as I took full advantage of the opportunities available to us at school. Another memory of Junior High was in the fall of Grade Nine – we were in the middle of writing exams when we heard the news of President JFK’s assassination.  That weekend it was hard to concentrate on our studies when all we did was watch TV. 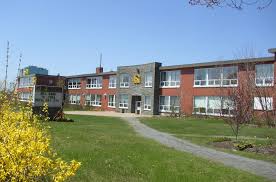 After Grade Nine, I moved across the street to Dartmouth High School.  Again I was involved in all the sports teams adding Field Hockey to the list of sports that I played.  In my Grade 12 year I won the provincial high jump championships and that year I was voted the Female Athlete of the Year. 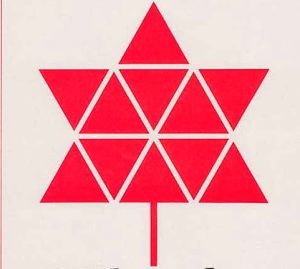 I graduated in centennial year 1967 and the grads were seated in the shape of the centennial symbol.  The top student – the valedictorian, sat in the front seat by himself as the top of the class.  The next row had two chairs and I was seated in one of those!  I went off to University with some scholarships and the determination to make the Varsity Field Hockey team – which I did! 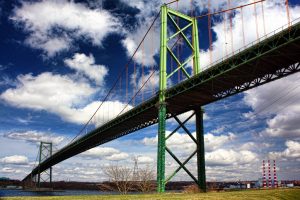 While I was away a second bridge was built.  The A. Murray MacKay Bridge opened in 1970.  I crossed this bridge twice every weekend as I traveled home on weekends from Lunenburg County where I had my first teaching job.

With two bridges connecting Dartmouth and Halifax, the City of Dartmouth continued to grow.  In 1976 the Dartmouth General Hospital was opened.  (I have to admit I was born in Halifax not Dartmouth because there was no hospital at that time in Dartmouth.)

While doing the research for this week’s blog, I learned the city was dissolved on April 1, 1996. The provincial government amalgamated all the municipalities within the boundaries of Halifax County into a single-tier regional government named the Halifax Regional Municipality (HRM). Dartmouth and its neighbouring city of Halifax, the town of Bedford and the Municipality of the County of Halifax were dissolved.

Dartmouth is still an official geographic name that is used by all levels of government for legal purposes, postal service, 9-1-1 emergency response, mapping, and municipal planning. It is recognized by the Halifax Regional Municipality as a civic addressing community. The official place name did not change. There would be considerable confusion with similar street names and land use planning set out by the former “City of Dartmouth.” Today the same development planning for Downtown Dartmouth and the rest of the region is still in force, as well as specific bylaws created prior to April 1, 1996. 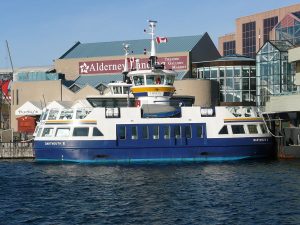 As mentioned earlier Dartmouth is linked to Halifax by the oldest continuously operating salt water ferry service in North America.  The first crossing took place in 1752.  Early ferries were powered by horses and then replaced with steam engines in 1830.  Before the first bridge was constructed, ferries shuttled pedestrians and vehicles between the downtown areas of Dartmouth and Halifax.

Today the Dartmouth ferry terminal is located at Alderney Landing which is a convention centre, an art gallery, a market and theatre facility in Downtown Dartmouth. It was opened in May of 1999. 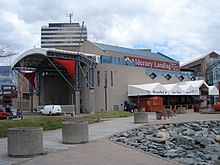 The parking lot on the north side of the building borders the harbour and doubles as a large outdoor multi-use space called the Events Plaza. There is a large stage built on one side of Alderney Landing facing the events plaza. The stage has a permanent roof and is used for outdoor concerts which can accommodate up to 10,000 people.  Alderney Landing hosts many outdoor events each year including the Canada Day Concert and Natal Day Events.

Growing up in Dartmouth, Natal Day was one of the best days of summer.    The park in front of my grandfather’s home was the marshaling grounds for the parade.  We would sometimes go and watch the bands and floats gather and then take off and walk to a spot where we could see the whole parade.  We would pack a picnic lunch and find a great spot to sit on the hill and watch the parade. 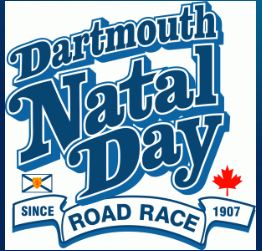 The Dartmouth Road Race was always another special event.  I remember going early one natal day down to Ochterlony Street and taking part in the 100 yard dash.  I still have my metals from the Dartmouth Natal Day Race. 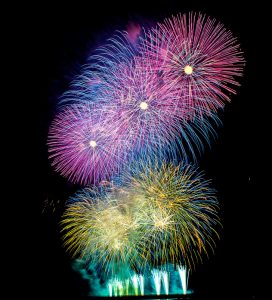 In the afternoon we would head down to Sullivan’s Pond and wander through the fair grounds.  A ride on the Ferris Wheel and some pink cotton candy were special treats.

All afternoon there were boat races on Lake Banook and in the evening we would watch the fireworks display.

This week’s story about my home town of Dartmouth has brought back many pleasant memories. I hope you will visit the Dartmouth side of the Halifax Harbour when you visit this part of Nova Scotia, Canada.

Be sure and check back next Tuesday as Traveling Tuesdays will be heading to a place starting with the Letter ‘E’.