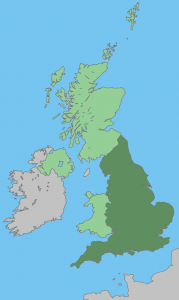 Traveling Tuesdays is going to England. It is a country that is part of the United Kingdom sharing land borders with Wales to the west and Scotland to the north. The Irish Sea lies west of England. The Celtic Sea lies to the southwest. England is separated from continental Europe by the North Sea to the east and the English Channel to the south. England covers five-eights of the island of Great Britain located in the North Atlantic. Included are over 100 smaller islands, such as the Isle of Wight and the Isles of Scilly.

The area now called England takes its name from the Angles, a Germanic tribe who settled during the 5th and 6th centuries.  England became a unified state in the 10 century.  The English language, the Anglican Church, and English law has had a significant cultural and legal impact on the world. English law is the basis for the common law legal systems of many other countries around the world. The country’s parliamentary system of government has been widely adopted by other nations.  The Industrial Revolution began in England in the 18th century and as such England is known as the world’s first industrialized nation.

As part of the UK, the basic political system in England is a constitutional monarchy and a parliamentary system. Today England is governed directly by the Parliament of the United Kingdom.  The House of Commons is based at the Palace of Westminster. 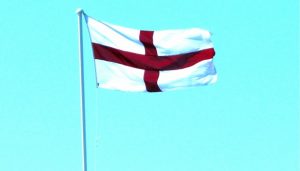 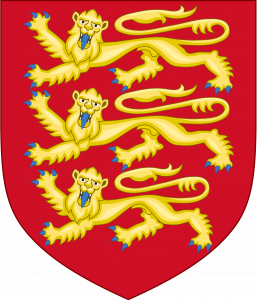 The Royal Arms of England features three lions. This originated with its adoption by Richard the Lionheart in 1198. England does not have an official national anthem as the United Kingdom as a whole has God Save the Queen.  England’s National Day is April 23 which is St. George’s Day and St. George is the patron saint of England.

I want to take you on a trip to some special places I have visited in England. 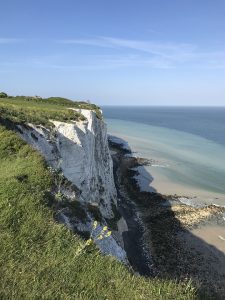 My first trip to England was in 1977 when I attended a Teachers’ College Course in which we visited a number of schools to observe the different types of primary school classrooms.  This was during the educational phase of ‘open’ classrooms.  At the end of this trip I traveled to Europe and we crossed the English Channel via a Hydrofoil boat/ferry.  This gave me a chance to see the ‘White Cliffs of Dover’. Dover is a coastal town in the southeastern county of Kent. It’s a major port for ferries to Calais, in France. The White Cliffs of Dover are symbolic safeguards at Britain’s closest point to continental Europe. 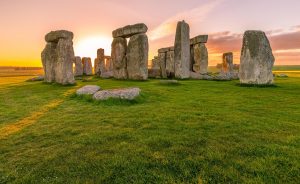 On another visit to England, I went to Stonehenge. Stonehenge, is a prehistoric monument in Wiltshire and has been a UNESCO World Heritage Site since 1986. This site consists of a ring of standing stones each weighing around 25 tons. Because of the popularity of this site, there are now ropes to prevent the public from getting too close and damaging the stones. However, during the summer and winter solstice and the spring and autumn equinox visitors are allowed to stroll between the stones. 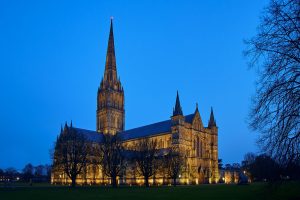 Another special place to visit is the Salisbury Cathedral in Salisbury, England. The main building of this Anglican cathedral was completed in 38 years, from 1220 to 1258. Besides the beautiful example of English architecture, the cathedral is special because it houses one of the four surviving original copies of the Magna Carta, a charter of rights agreed to by King John of England at Runnymede, near Windsor, on Jun 15, 1215.  The Magna Carta is one of the most important documents in history. It established the principle that everyone is subject to the law, even the king, and guarantees the rights of individuals to justice and the right to a fair trial.  I remember studying about the Magna Carta in history class in Junior High School. 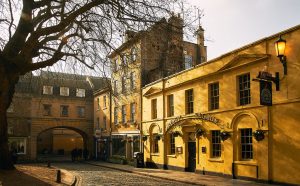 Continuing west towards Wales one reaches the city of Bath in the county of Somerset.  Bath is in the valley of the Avon River. It is known for its Roman-built baths. The city became a World Heritage site in 1987.  Bath is famous for its hot springs and gets its name from the Roman baths in the town.  In the year 43 BC, the Romans built the baths as part of a spa. Bath became a city in 1585, when Queen Elizabeth I declared it to be one. 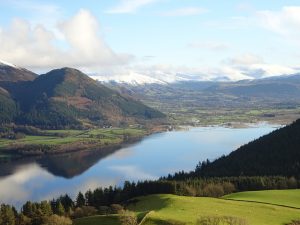 Another must see in England is the Lake District National Park located in the county of Cumbria. 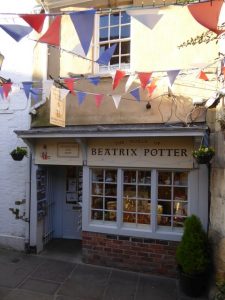 The Lake District is famous for it mountains, valleys, villages, towns, coastline and of course lakes!

I enjoyed visiting the World of Beatrix Potter near Windermere.

On subsequent trips to England, I have been able to attend an International Handbell Symposium in Liverpool.  This was held in 2012 during the same time as the London Olympics.  So I made sure I had tickets to a few of the events in London and I was able to see Archery before the IHS and some Field Hockey and Water Polo after the Symposium. 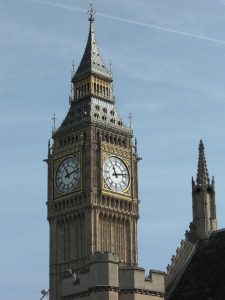 The Elizabeth Tower is the name of the famous tower of Parliament.  Big Ben is actually the nickname for the Great Bell of the clock at the north end of the Palace of Westminster in London. Most people use the term Big Ben to refer to both the clock and the clock tower.  Technically, Big Ben is the name given to the massive bell inside the clock tower. The bell weighs more than 13 tons.

Currently Big Ben is silent due to conservation work. The clock won’t chime again until 2021, except on special occasions. The Elizabeth Tower is currently undergoing major repair work expected to last until 2021. 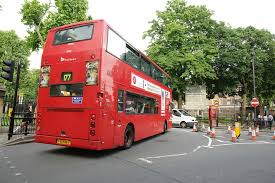 Another famous symbol that makes me think of England is the red double decker bus.  A great way to see London is to take a bus tour and sit up top to see all the sites.

There is so much to see in England.  I trust I have shared some special places that bring back happy memories for you or I have piqued your interest in taking a visit to this country that has so much to share.

Be sure and return next Tuesday as we will be going to a place that starts with the Letter ‘F’.