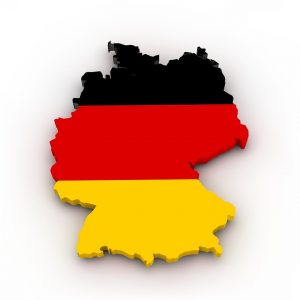 Traveling Tuesday is going to Europe and taking a stop in three cities in Germany. Officially the Federal Republic of Germany, the country is in Central and Western Europe, lying between the Baltic and North Seas to the north and the Alps to the south.  It borders the Netherlands, Belgium and Luxembourg to the west, France to the southwest, Switzerland and Poland to the south, the Czech Republic and Poland to the east, and Denmark to the north.

Ever since the fall of the Berlin Wall in 1989, the black, red and gold flag has officially stood for all of Germany. Germans associate the colors of the modern flag with freedom and unity since they were adopted by the united German republic. 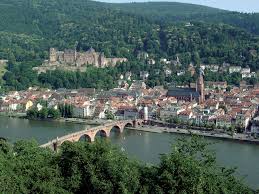 I have been to Germany on a number of occasions. The first time I was taking a Trafalgar Under Thirties Tour of Europe. One of the places we visited was Heidelberg a town on the Neckar River in southwestern Germany.  It is known for the Heidelberg University which was founded in the 14th century.

The Church of the Holy Spirit is the most famous church in Heidelberg.  It stands in the middle of the market place in the old center of Heidelberg. 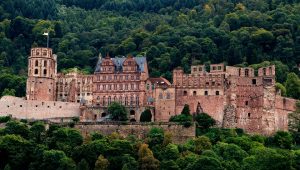 Heidelberg Castle is not far from the town square. The castle ruins are among the most important Renaissance structures north of the Alps. 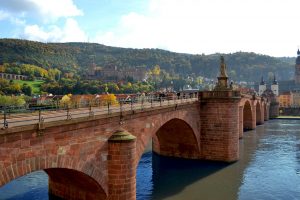 The Karl Theodor Bridge is an arch bridge that crosses the Neckar river connecting the Old City with the eastern part of the Neuenheim district of the city on the opposite bank.

The second city I want to take you to is Frankfurt. 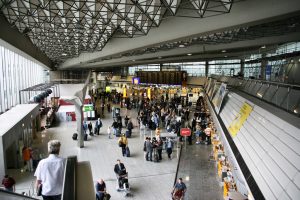 I have flown to the Frankfurt airport many time while going back and forth from Canada to Kuwait. Frankfurt is a major international airport. 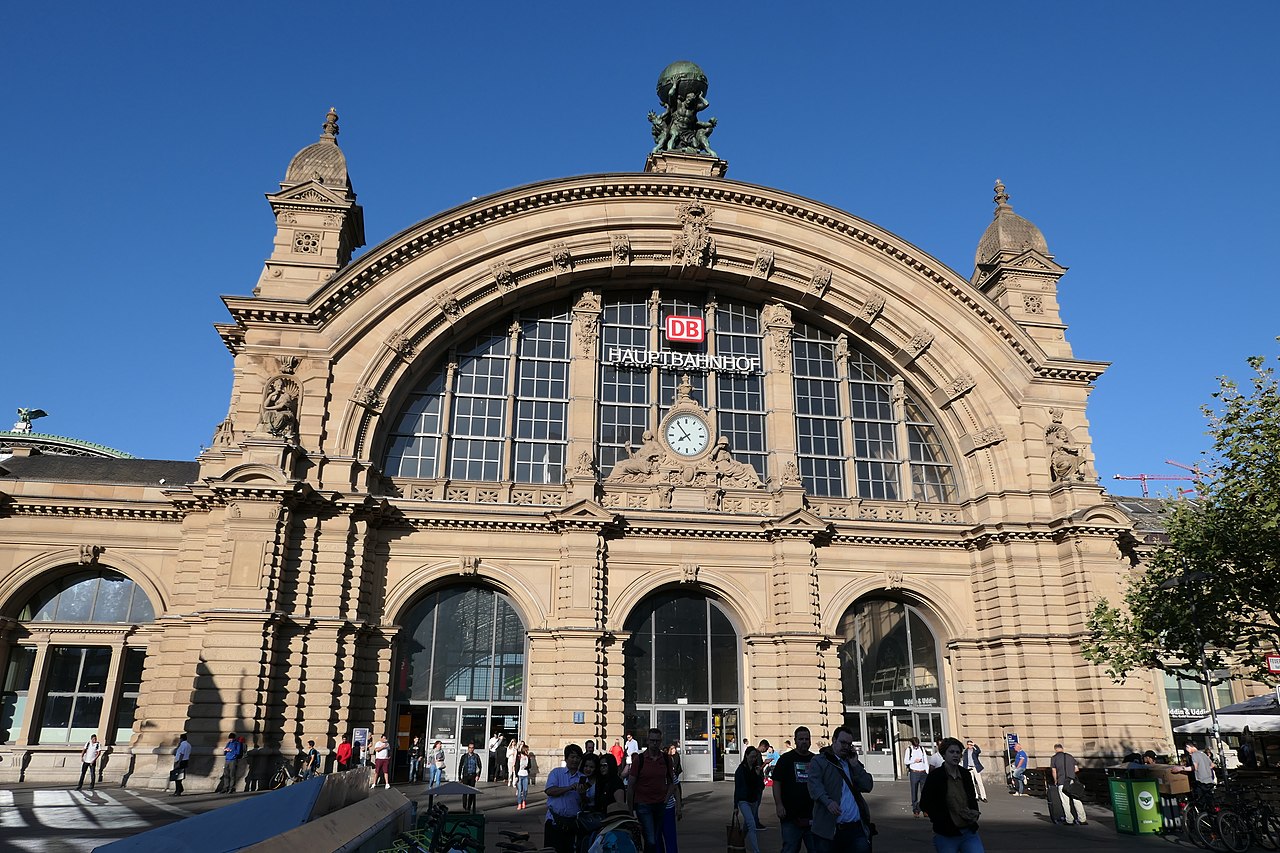 Often I would have a lengthy stopover between flights and so would take the train into Frankurt am Main.

The city’s full name ‘Frankfurt on the Main’, has about 730,000 residents (2015).  This city is a major financial hub that is home to the European Central Bank.  Much of the city was damaged during World War II and later rebuilt. 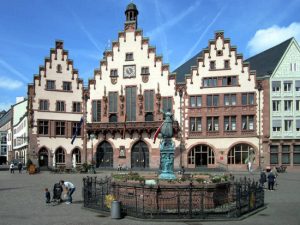 The reconstructed Altstadt (Old Town) is the site of Römerberg, a square that hosts an annual Christmas market. Römerberg is a public space located in front of the Römer building complex. The Römer has been the seat of the Frankfurt city administration since the 15th century.  The square is the historic heart of the medieval old town.

From this square it is a short walk to the River Main. 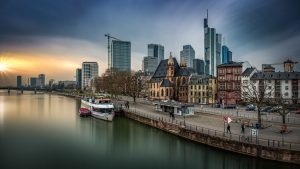 I was there in June during the world cup for Football (Soccer).  I was amused to see large screens set up on barges in the river so sports fans could sit in the bleachers set up along the shore line and watch the games.

The third place I want to take you to is a tiny town not far from the Netherlands. 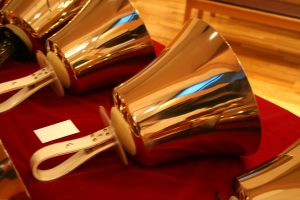 In 2017 I was part of the European Handbell Festival.  We went by bus from Gouda, the Netherlands to Rehberg-Loccum, Germany.  We had our second concert at Kloster Loccum. 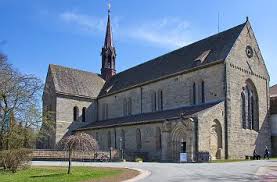 The monastery church was originally built in Romanesque style and later transformed with Gothic elements. There is no longer any original monastic life in the monastery. Instead, the facility serves as a preacher seminary, as a conference center and as a venue for concerts and readings. We set up inside this church, held a quick rehearsal and enjoyed a standing ovation as we played to a full house.

There are many other interesting towns and cities to write about in Germany but I wanted to give you a taste of three different experiences.  I trust if you haven’t already, you will want to visit this European country.

Be sure and return next week as we will be visited a place starting with the Letter ‘H’.