Traveling Tuesdays is going to Hong Kong this week.  On my first trip to Hong Kong in 1978, Hong Kong was a British Colony.  Today Hong Kong is officially the Hong Kong Special Administrative Region of the People’s Republic of China.

Britain occupied the island of Hong Kong in 1841 and used it as a military staging point.  China was defeated and in the Treaty of Nanking signed on August 29, 1842 China was forced to cede Hong Kong to Britain and Hong Kong became a Crown Colony of the British Empire.  Sovereignty over the territory was transferred to China in 1997.  After the handover, the colony of Hong Kong became the Hong Kong Special Administrative Region (SAR). For official purposes it is part of China but it is allowed to operate as an independent country. Hong Kong maintains governing and economic systems that are separate from those of mainland China.

The most significant difference between mainland China and Hong Kong is the fact that the mainland is communist while Hong Kong has a limited democracy.  Both share the President of China as their chief of state and the chief executive of Hong Kong is accountable to the Central People’s Government. Following British rule, China assumed sovereignty under the ‘one country, two systems’ principle which means under this principle China has agreed to allow Hong Kong a high degree of autonomy and to preserve its economic and social systems for 50 years from the date of the handover.  The one country, two systems principle allows the Hong Kong government to administer all areas of government except foreign relations and (military) defense separately from the national Chinese government. 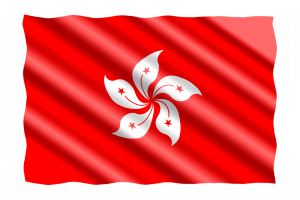 The regional flag of the Hong Kong Special Administrative Region of the People’s Republic of China, depicts a white stylized five-petal Hong Kong orchid tree flower in the center of a red field. The petals on the Hong Kong’s flag are based on the pinkish-purple flower of the Bauhinia blakeana (or Hong Kong orchid tree). The tree was named after Sir Henry Blake, who served as the territory’s governor from 1898 to 1903. Both he, and his wife, were keen botanists. 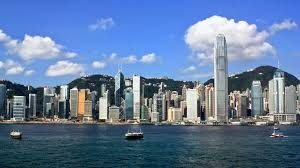 Hong Kong is located on the eastern side of the Pearl River estuary in southern China. Hong Kong is classified as an alpha+ world city. Hong Kong has one of the world’s most thriving economies and is a world-class center of business, culture, and trade weaving Western and Asian influence together.  Hong Kong ranks first in the world for the number of skyscrapers. The top three cities with the most skyscrapers are: Hong Kong, New York City, Dubai. 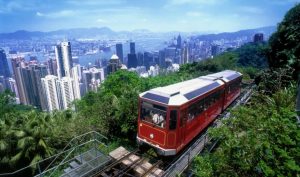 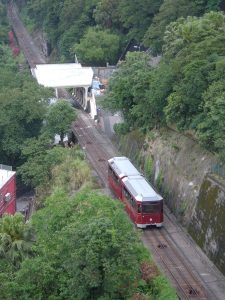 One of the must things to do in Hong Kong is to take a trip to The Peak.  The Peak Tram, built in 1888, is the first cable funicular in Asia.  You can enjoy the breathtaking view of Hong Kong as you go uphill.  The Peak is one of the highest mountains on Hong Kong Island. 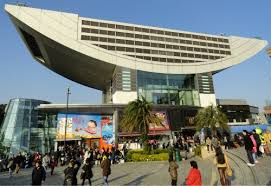 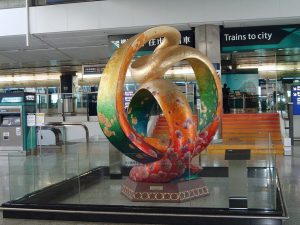 Hong Kong International Airport is the commercial airport serving Hong Kong. It was built on reclaimed land on the island of Chek Lap Kok. The airport is also known as Chek Lap Kok Airport to distinguish it from its predecessor, the former Kai Tak Airport.
The 2019 Hong Kong protests are an ongoing series of demonstrations which began with the aim to oppose the introduction of the Fugitive Offenders amendment bill proposed by the Hong Kong government.  If this bill comes into law, it would allow local authorities to detain and extradite criminal fugitive who are wanted in places with which Hong Kong does not have extradition agreements, including Taiwan and mainland China. Also known as the Anti-Extradition Law Amendment Bill Movement, the protesters have laid out five key demands including the alleged police misconduct and democratic reform.
When I typed the question, is Hong Kong safe now? I found this comment dated July 22, 2019. Hong Kong is one of the safer cities in the world, with low crime rates and excellent standards of medicine and healthcare. Unless you’re planning to join the riots or walk into the Central Government Buildings in Admiralty, Hong Kong is as safe as it ever has been.
I hope the protests end peacefully and soon.  Hong Kong is a great place to visit. On the way to the airport one can see signs to Disneyland.  Lots of fun family things to do in this city.
Be sure and return next week as Traveling Tuesdays will be heading to a place starting with the Letter ‘I’.