Traveling Tuesdays is starting Round Four this week.  We are going back to the beginning of the alphabet and this week we are going to Athens, Greece. 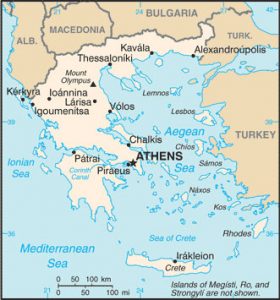 Athens is the capital of Greece.  Records show the city’s origins go back 4000 years ago.  This makes Athens one of the oldest cities in the world.

According to Greek mythology, Athena, the goddess of wisdom, and Poseidon, the lord of the sea, competed for the title of the guardian of the city. Each of them offered a gift to gain favor of the citizens and the gods. Athena’s olive tree was considered more valuable than the salt water spring given by Poseidon. So the city-state was named Athens. 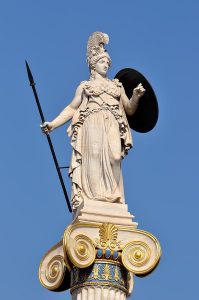 Athena was one of the most intelligent and wisest of the Greek gods. She was also good at war strategy and giving heroes courage.

She is also the goddess of crafts and weaving.  Her special powers included the ability to invent useful items and crafts. She invented the ship, chariot, plow, and rake. She has a lot of symbols, but her most common are an owl and an olive tree/branch. Athena is the only Olympian goddess portrayed wearing armor.

Ancient cities like Athens often grew up around a high point in order to easily defend the city.  The Greek root acro- means ‘high’.  Thus an acropolis is basically a ‘high city’. 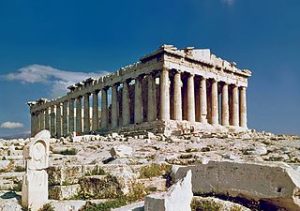 Athens built a great temple called the Parthenon on its Acropolis to Athena. Built in the 5 C BC, it was a symbol of power, wealth and culture.  Throughout its lifetime, the temple has been used as storage for munitions, converted into a church, then into a mosque, looted by former Ambassador to Constantinople Lord Elgin, served as army barracks and bombed by the Venetians in 1687.  Today it is one of the most recognized buildings in the world. 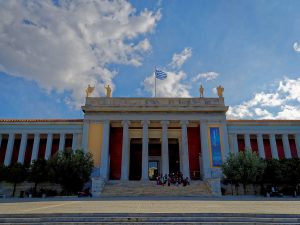 The Acropolis Museum, along with the National Archaeological Museum, has sculptures, vases, jewelry and lots more from Ancient Greece.  If you are a history buff, there is plenty to see and explore while you are in Athens.

On my trips to Athens, I have been to both museums mentioned above. 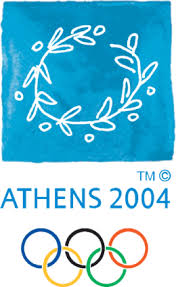 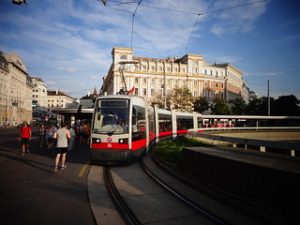 In 2004 the Summer Olympics officially known as the Games of the XXVIII Olympiad were held in Athens.  The motto that year was Welcome Home.

During construction of the Athens Metro to support transportation needs during the 2004 Olympic Games, a huge archaeological excavation took place in the Athens area. Over 50,000 artifacts were excavated. Six Metro stations displayed some of the finds.

There is lots to see and do in Athens.  There are Free Walking tours, some hop-on-hop off buses, as well as many half day and full day guided tours one can take to explore this spectacular city.  One visit is not enough to take it all in!
Be sure and return next week, as Traveling Tuesdays will be visiting a place starting with the letter ‘B’.